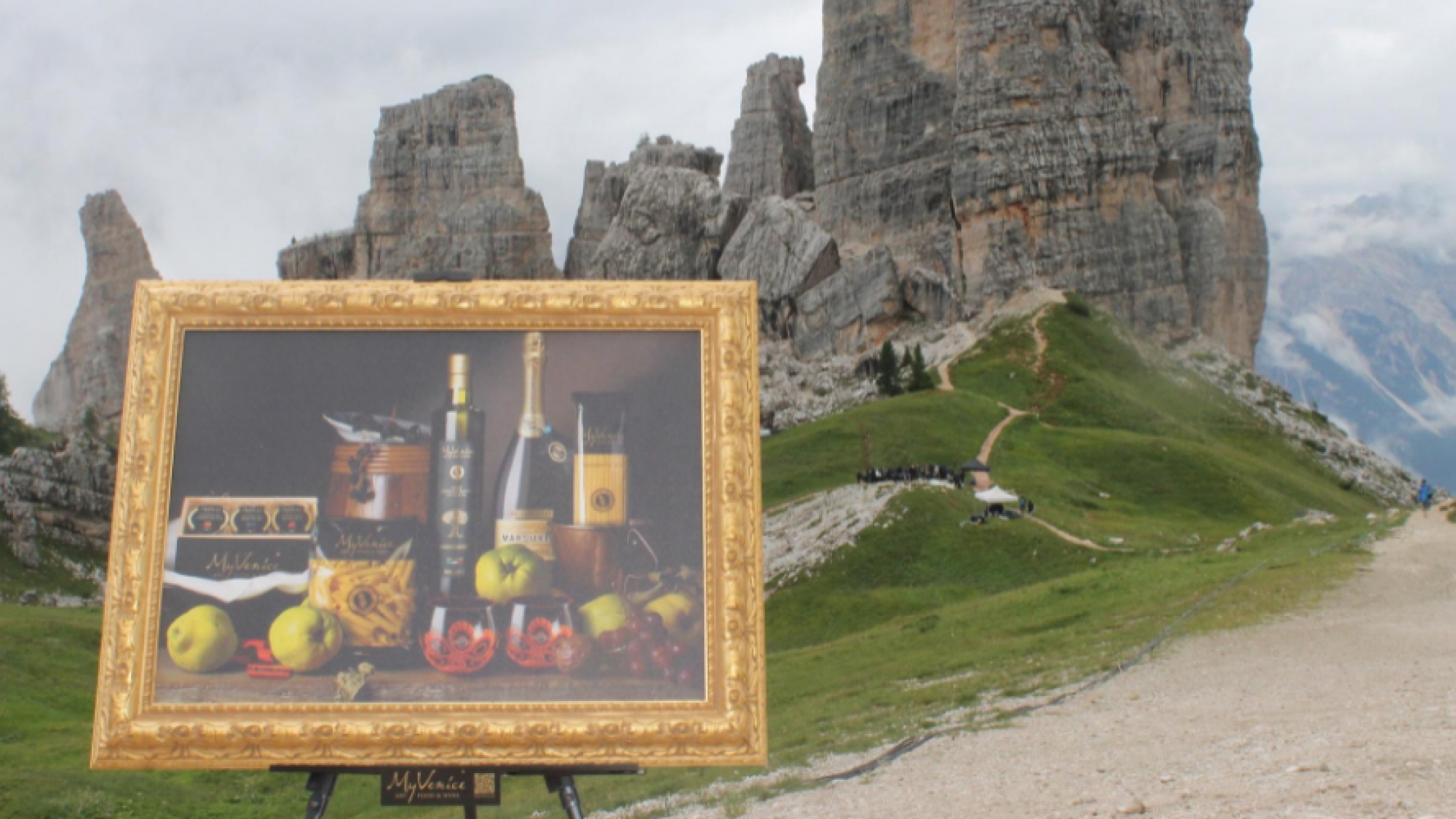 On the Dolomites of Cortina d’Ampezzo, a UNESCO World Heritage Site, within the Ampezzo concert and theater season of CortinAteatro, on Tuesday 3 August Beatrice Venezi conducted the Italian Philharmonic Orchestra in a reproduction of “THE ROYAL FIREWORKS”.

Unfortunately, due to the uncertain weather, the highly anticipated light show on the 5 Ampezzo Towers had to be given up, but the concert was still held inside the Scoiattoli refuge and was a real success.

In this unparalleled context, the choice of opting for the play of light instead of the original fireworks testifies to the “green” soul of the event, aimed at enhancing and preserving the splendor of the Ampezzo Dolomites.

We at My Venice were proud to be among the partners who supported this event in the name of a continuity of collaboration with the famous resort that had already seen us protagonists in the partnership at the world ski championships held last winter in Curtain.

This website uses cookies to improve your experience while you navigate through the website. Out of these, the cookies that are categorized as necessary are stored on your browser as they are essential for the working of basic functionalities of the website. We also use third-party cookies that help us analyze and understand how you use this website. These cookies will be stored in your browser only with your consent. You also have the option to opt-out of these cookies. But opting out of some of these cookies may affect your browsing experience.
SAVE & ACCEPT